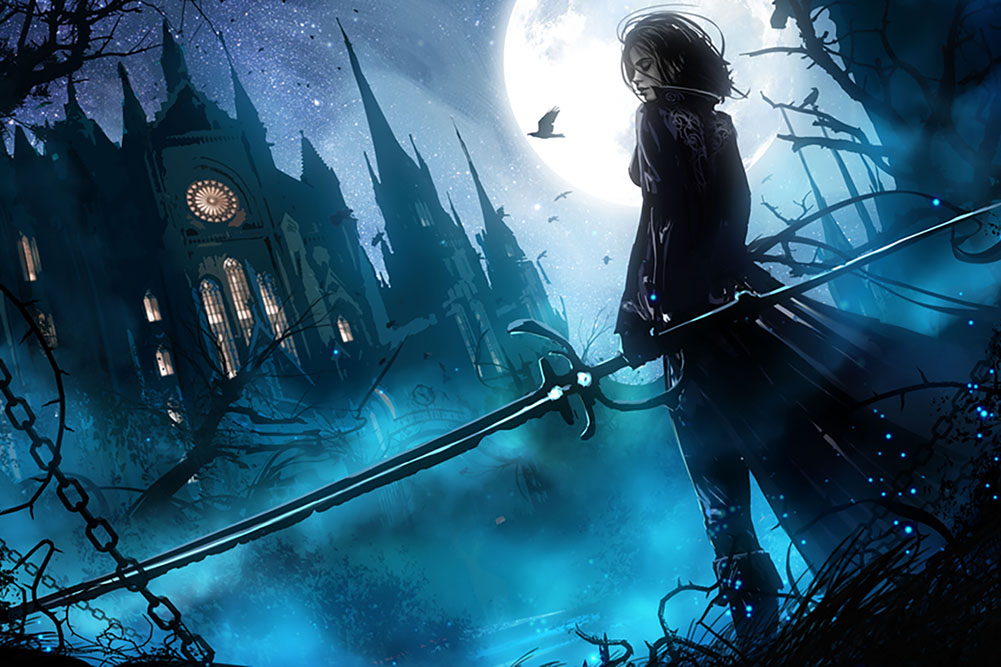 Some of the most valuable early artwork comes from a point of time before the Renaissance had begun, and going on through the early Middle Ages, referred to as the period of Gothic art. During this particular time in history, the artwork took on telling narrative stories through pictures, and many of these pieces were Christian and secular in nature. Some of the earliest examples of Gothic art are sculptures found on cathedral and abbey walls, and the first real form of Gothic artwork began as architectural works, in fact, even becoming the subject matter for many stained glass windows at the time.

The style of painting that further defined Gothic art wasn’t produced until nearly fifty years after Gothic architecture and sculptures, and even though the break between Romanesque artwork and the Gothic styles has remained imprecise at best, the beginnings of Gothic artwork seems to occur in various areas at different but related intervals. The artwork began in England and France around 1200, and in other areas like Germany and Italy between 1220 and 1300. The paintings stayed just as narrative as the architecture on church walls during this time and stayed in the territory of secular storytelling for a long time afterwards.

Though Gothic art in paintings has had a relatively short time as the medium of choice amongst the artists, there is evidence that the artwork falls into four particular styles of these paintings, and these were the most common forms during this time period. The fresco, the panel painting, the illuminated manuscript, and the artwork done on stained glass are all depictions of Gothic paintings. Of these particular types, stained glass artwork had remained a strong reminder of those ages long past, and is still created by master artisans that learned their trade skills from these dark ages.

In the case of the other three particular forms of Gothic painting, frescoes continued to be used as the pictorial narratives on church walls in southern Europe and were consistent incorporation of early Christian and Romanesque traditions. In Italy, during the 13th century, panel painting began and spread throughout Europe. With this proliferation, panel paintings became even more predominant by the 15th century, and became even more popular than stained glass at the time. Since not all monumental works have survived, illuminated manuscripts are the most complete record of Gothic painting, and provide a comprehensive account of styles that would otherwise perish.

As the state of the world began to change, so too did the interpretations of the artwork as a reflection of these changing times and attitudes, and the movement became known as International Gothic by the late 15th century. From there, it evolved into an art form depicting not just secular stories and allegories but also resulted in the occurrence of more illuminated manuscripts and paintings as increased trade and the rise of cities and universities grew. With this proliferation of growth, more people were literate, which lead to better records kept with this occurring. Leading up to many of the well-known medieval artists today.

The International Gothic style of artwork was developed in Burgundy, Bohemia, and northern Italy in the late 13th and early 14th centuries. During this period in Gothic art, artists travelled widely around the civilized world at the time creating a common aesthetic among the aristocracy of the time and removing the concepts of contrary artistic styles. The main influences for this period in artwork were derived from northern France, the Netherlands, and Italy. It was during this time, that aspects of rational uses of perspective and setting became a common feature, and other features included flowing lines and rich colouring.

In this case, Gothic sculpture evolved from the elongated forms of the Romanesque style and became a more naturalistic expression in the early 12th and late 13th centuries. Influences from Greek and Roman statuary were incorporated into drapery, facial expressions, and poses. The sculptor Claus Sluter and the changing tastes for more naturalistic styles became a harbinger for the end of the Gothic period of art and signalled the beginning of the evolution into the Renaissance period at the end of the 15th century.

In a time period where upheaval was the normal occurrence for many people then, Gothic art fell into the broad scope of medieval artwork that included such disparate elements and styles as Viking art and Celtic art, but in varying degrees relied upon the artistic heritage of the Roman Empire and the early Christian Church. In fact, much medieval artwork has the history of these elements conjoining and converging into the remarkable artistic legacy we read about today, and has contributed over time to the outcome of many other forms of art from the Renaissance to the present day.